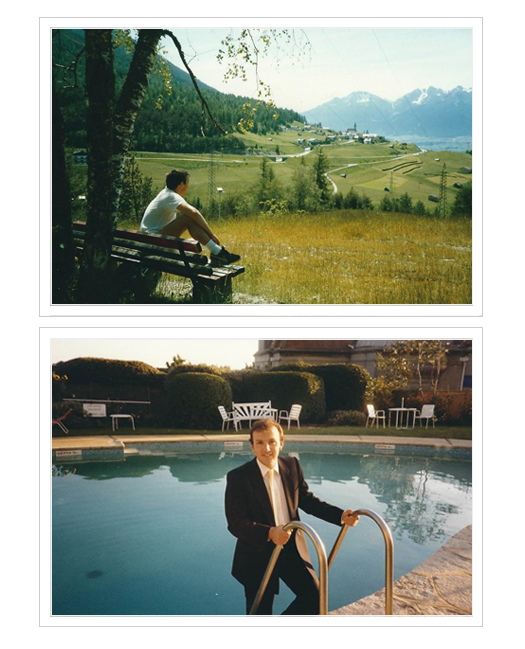 I am very fortunate. I have a happy life, a loving family, caring friends and have enjoyed a successful career. Most people who know me would describe me as a fun loving person who can be the life and soul of the party.

However, I have hidden from everybody in my life a mental health issue that has troubled me for over 30 years. When I say everybody…I do mean absolutely everybody. I chose to suffer in silence because I felt embarrassed to admit my fears and was scared that I would lose my job and even close relationships. I thought that people would look at me differently and think that I was not ‘normal’.

I will never forget the 2nd September 1986 and describe it as one of the worst days of my life. I was helping to interview somebody and suddenly became so anxious I couldn’t breathe. I pretended that I felt faint to disguise what was really going on and did exactly the same the following day in similar circumstances. Little did I know then that I would continue to mask and hide similar feelings of anxiety for the next 30 years.

On the 4th September 1986 (only 2 days later) I attended a wonderful wedding with my closest family and friends. Their memory of me that day would be of me acting the clown and pretending to get out of a swimming pool fully clothed. My only memory of that day was thinking that my promising career was over at only 24 years old and that I was going ‘mental’.
You just can’t tell by looking at someone how they are feeling inside. The miserable looking guy who sits in the corner maybe fine while the young lady with a gorgeous smile maybe thinking that her life is no longer worth living.

Back in 2004 a number of us from Auto Trader went out straight from work to watch an England game in the Euros. Our boss had put some money behind the bar and I can remember us all cheering England to a rare victory. What nobody noticed that evening was the young lad who decided to go home at half time.

Young Ben, didn’t turn up for work the next day. We never saw Ben again because he chose to ‘hang himself’ as life was no longer bearable for him. His closest colleagues were shocked because he had been laughing and joking only the day before in the office. How much must Ben have been suffering inside? Surrounded by many people but he must have felt so very very alone.

I have been lucky that I have never been anywhere near as desperate as Ben must have been. I have still thought of doing some crazy things though. I can still picture the roundabout near Aylesbury in Buckinghamshire where I decided to crash my car into another car on a roundabout because it seemed a better option than attending the meeting I was going to. I chose to not have that deliberate accident and carried on to my meeting but this is the point where some people seriously self-harm themselves or go even further.

I tried to get professional help many years ago but couldn’t find anybody who I felt understood my issues. I discovered my own coping mechanisms and looking back now they have made me who I am today. From very early in my career I have made all my touchpoints with people very interactive. This was not because I was the pioneer of ‘engagement in the workplace’ but because I was fighting like crazy to mask an anxiety disorder. I also used creativity wherever possible to help me avoid panic attacks. I became well known for giving out tins of baked beans and for my bouncy balls. They created a brand that I was pleased to own and it made people laugh but I would not have gone down this road if it was not for living with a mental health issue.

Realistically, of course this anxiety disorder has held me back from truly achieving my full potential but equally it has made me who I am today and I am proud of my achievements.
At least 1 in 4 of us will suffer with a mental health issue every year. I actually believe that this figure is much higher as males in particular find it very difficult to talk about stuff. Is it any surprise that suicide is now the biggest killer of men.

I decided to talk for the first time in 30 years about my anxiety disorder because Auto Trader gave me the ideal platform during Mental Health Awareness Week and are doing their very best to reduce the stigma of mental health in our workplace. I found it difficult but have been truly humbled by the number of people who related to my own story. Many of them have said that it has inspired them to no longer suffer in silence and they have vowed to seek help.

My personal commitment is to no longer hide my own anxiety disorder and to do everything I can to reduce the ignorance that exists around a mental health issue. If you do suffer please don’t wait 30 years like I did to speak out in the workplace. The longer you hold on to things the heavier they become and this suffering in silence can lead to longer term mental health issues.
Please speak to somebody today and no longer suffer in silence.