Mental health is not a laughing matter

When I first began doing voluntary work for Mind I was soon aware how much fun was had in the office and how often you would hear laughter around the building. When you are dealing with some very troubled ‘service users’ you could easily let the atmosphere darken, so I quickly recognised and accepted the need to keep things as fun as possible. I have also noticed the same raised level of humour in my Dad’s care home which again feels right despite all the patients suffering from dementia.

What is also humbling and heartening is the desire so often for mental health sufferers to laugh at themselves. I used to run a Friday lunchtime ‘walking group’ for Mind and we often laughed for most of the 90 minutes. I will always remember one of the service users asking me if I was still going to be leading the group at Christmas. When I told him that I was, he smiled and said it would cost me a small fortune. I naturally responded by asking why? He laughed saying that I had to buy all the schizophrenics two presents each, one for them and one for the other them. We all laughed and carried on walking. It felt right to laugh along with them.

Despite these examples of fun and laughter, I hope we all agree being mentally ill is no laughing matter. This is why I was sickened by a post doing the rounds on Facebook this week. It had been shared by a friend who quickly took it down once she reflected upon how tasteless and offensive the content was to so many people. It reminded me though how far we still have to go to reduce the ignorance around mental health. This post was being shared by decent, intelligent people who found it hilarious to laugh at very serious health issues. I assume that if their son or daughter had been sectioned in a home and was licking the floor they would not be quite so amused. 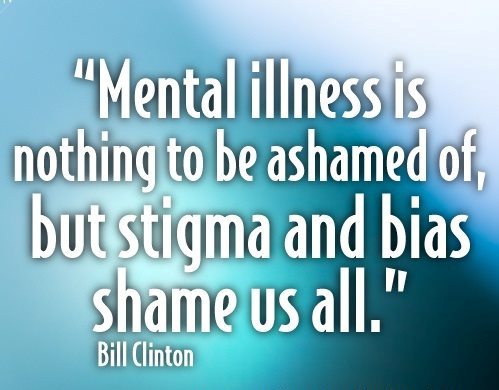 How can we expect people to no longer suffer in silence with a mental health issue if we are objects of fun to others?


This entry was posted on Wednesday, February 22nd, 2017 at 7:32 pm. You can follow any responses to this entry through the RSS 2.0 feed. You can skip to the end and leave a response.