My life changed for the worse on the 2nd September 1986 when at 24 years old I suffered a panic attack whilst interviewing somebody. For the next 30 years I suffered in silence with my mental health and spent so many days in my career hiding from colleagues around me my constant battles with anxiety. I tried to find a cure for my panic attacks but eventually gave up, believing it was impossible.

In 2008 I finally gave up the fight and asked to step down from my role as a Regional Sales Director for Auto Trader. I had taken a battering from the CEO because I was unable to provide him with comfort and confidence that I was running my region with the right sales strategy. I spent the entire meeting battling with anxiety and it sapped so much of my energy that I did well to even get through the meeting without keeling over. I asked to be made redundant and was put at risk within a few months.

I spent the next eight years at risk of redundancy and was given work that I enjoyed however I had no responsibility for driving revenue or managing people. Everyone assumed I was happy but I knew that my career had peaked, my salary would be ring-fenced forever and that my talent would lay unfulfilled. I chose not to leave because while I remained at Auto Trader it was easier to mask my mental health than it would be starting somewhere else. The only clue I gave people around me was that I had started my journey to become a mental health counsellor. However not one person realised why I was treading this path and that I myself was a silent sufferer.

On May 16th 2016 on a Monday morning in Manchester, I did something that I thought I would never be able to do. I spoke for an hour to an audience of over 30 people without being filled by anxiety. My subject matter – my own mental health story. The vision for my business ‘Breaking the Silence’ was born.

Since then, I have delivered over 100 talks to audiences throughout the UK and not once had a panic attack. I have spoken in many boardrooms and whatever the setting and environment have been virtually free from anxiety. Understandably, the question I am asked most often is how can I do this when for 30 years I was unable to do so? 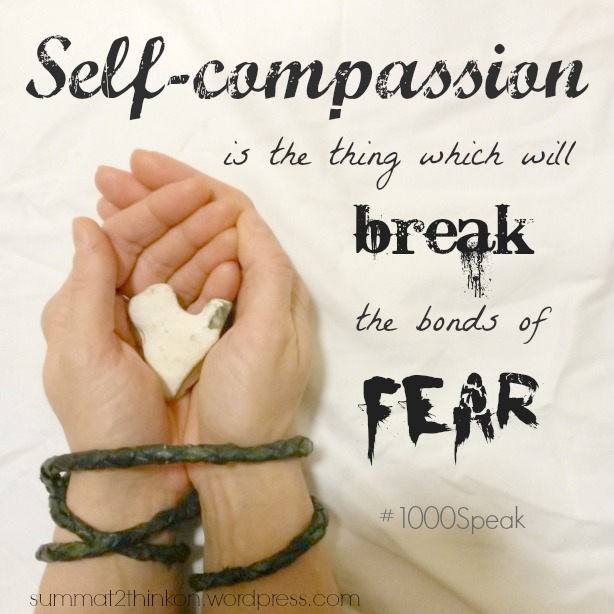 My answer is that I have discovered self-compassion. In my corporate career I thought that I had to be perfect and felt constantly judged. I now truly believe that it’s okay not to be okay. I say to myself if you start to have a panic attack then have one and share with the audience what it feels like. Ironically, because I am being kinder to myself and allowing myself to be anxious I am feeling so much more relaxed and therefore unlikely to ever have a panic attack. What is particularly rewarding is that you also inspire people when you show your vulnerability and this has been one of the key drivers for ‘Breaking the Silence’.


This entry was posted on Wednesday, March 14th, 2018 at 7:54 am. You can follow any responses to this entry through the RSS 2.0 feed. You can skip to the end and leave a response.