I am feeling guilty about a few things this week and being a Catholic (not a very good one admittedly) felt it was time for a few confessions!! They are in no apparent order but just how they bounced out of my mind from the offices of Mind on this freezing cold Tuesday morning

Ø  I confess to getting irrationally annoyed for overstaying my welcome in a McDonalds car park last week and being fined £100. After all, Mr. McDonald, the last time I visited one of your restaurants it cost me over £1,000 for a cup of coffee. That was because I had to replace my laptop because you were allowing kids to play football right next to me!!

Ø  I confess that I do not believe any of the statistics I regularly quote on social media about mental health. How could I? After all, I have set up Breaking the Silence because I believe that thousands of people hide how they are truly feeling. Therefore, when you read ‘1 in 4’ people will suffer with a mental health this year, it’s probably ‘2 in 4’. When you read that £105 billion pounds was lost to industry last year, it’s probably £150 billion…you get my point. By the way, I’m still going to regularly post the official stats but at least you’ll now know how I really feel about them! 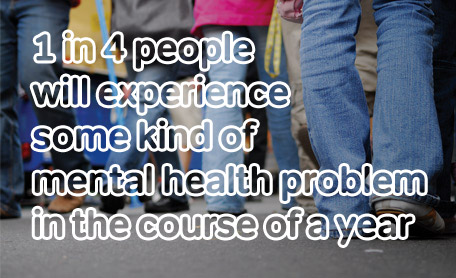 Ø  I confess to being a little embarrassed at the weekend when my personal story was published by the Northants Evening Telegraph. Embarrassed because it highlighted my struggles with anxiety and properly ‘outed’ me as a mental health sufferer. I had to give myself a huge kick up the bum and remind myself that I will only help others if I lead by example and am open, brave and honest. Fortunately, within a few hours of it being published I received several emails from fellow sufferers thanking me for sharing my story and saying it would help them to speak out about their depression and anxiety.

Ø  I confess that I have been getting frustrated this month chasing up two people who I selfishly thought were ignoring me. They are both wonderful human beings and this week I heard that they have both been through immensely difficult times of late. It reminded me that other people have lives too and on many occasions, have far more important things to do than to reply to me.

Ø  I confess to once answering the phone at home to the Archbishop of Canterbury and nearly saying “yeah and I am the ‘effing’ Pope’. A true story which I will recount on another day!!

An exciting week coming up for me where I get to speak at two conferences, work with two universities, discuss an exciting joint initiative with a solicitor and am being interviewed ‘live’ in the studio by BBC Northampton. Thank you to everybody for your amazing support, I am pleased to report that Breaking the Silence has momentum and is starting to do its own little bit in reducing the stigma of mental health in the work place.


This entry was posted on Tuesday, January 24th, 2017 at 4:20 pm. You can follow any responses to this entry through the RSS 2.0 feed. You can skip to the end and leave a response.